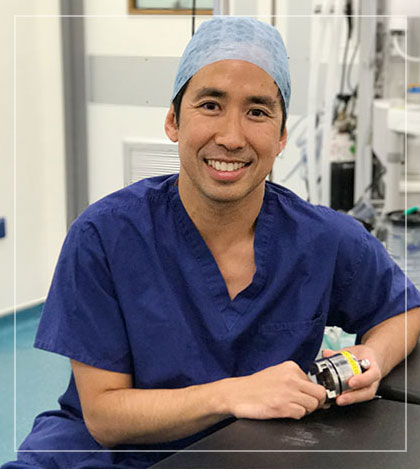 Mr. Kim graduated MB ChB from the University of Aberdeen in 1996. He completed higher specialist training in the North West Rotation in England, obtaining the FRCS (Orth). He underwent a further one-year sub-specialist training in Vancouver, Canada. He was awarded the British Orthopaedic Foundation Travelling Fellowship visiting the Mayo Clinic, Rochester, Minnesota, and the Hospital of Special Surgery (HSS) in New York City, USA. He was recipient of the PLUS Award to the Radboud University Medical Centre in Nijmegen, The Netherlands. He was appointed Consultant Orthopaedic Surgeon at Salford Royal University Hospital June 2006. He was an Honorary Clinical Lecturer in the University of Manchester and Honorary Senior Lecturer at the University of Salford. He is currently in full time private practice at The Alexandra Hospital, Cheadle and Spire Manchester Hospital.

Mr Kim pioneered Robotic-Assisted lower limb surgery in the North West, and was the first to perform robotic assisted partial (MAKO, STRYKER) and total knee replacements (NAVIO, SMITH AND NEPHEW) in the North of England. He was the first to complete the triad of partial, total knee and total hip replacement in the North West. He has the largest series of robotic-assisted joint replacements to date in the North West. His practice has a heavy emphasis on clear decision-making tailored to the individual patient, outcome analysis and feedback from patients and from a multi-disciplinary team. The goal is to ensure the best possible care and outcome for each patient, every time and first time.